We would wish to comment on the recent developments regarding the astrological houses and the positional shift within your yearly calendar. Nothing in the universe is stagnant nor should it be. It is evidence that the clockwork of the universe is constantly in motion and shifting. This discovery is a small indicator of the greater shift that is occurring with the birth of a new age.

Human psyche, spiritual consciousness and the motion of the universe are inseparable. They are one grand organism that when combined creates the experience of existence. As we have mentioned in the past, the spiritual and physical are intertwined and interdependent upon each other. If the universe is a reflection of the consciousness that created it, then what does the universe’s movement and its influences upon its inhabitants tell you about its creator?

When you view existence as a holographic experience rather than diverse individual aspects, you can have a greater understanding of the universe and its creator.

An example: as you read this concept, you will never be in this physical place again. You might question that as you look at your surroundings and your intent to return here again. Yet where is this place you reside? It is on a spinning orb that is spiraling through the galaxy in which you dwell. You might suggest, “Well, in a year I will be here again.” But in a year from now, the place in which you dwell at this moment will be light years away. Your position in relationship to the universe’s physical and energetic nature is always changing, always shifting.

The universe is not random. 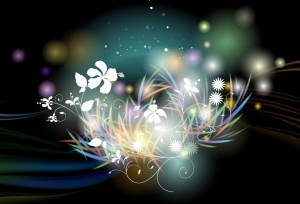 Though galaxies are created out of chaos and suns implode, the movement through physicality is ordered and regimented. There are certain positions in relationship to your orientation in the universe that are conducive to certain physical, emotional, mental or spiritual advancements.

An age is as an hour on the infinite clock of existence. Just as you are in the process of emerging into physical expressions of the consciousness of God, so is the universe. The universe is in its own march to become the face of God in physical form. And in its progression to its destiny, it supports and advances all those who would be sensitive and aware to the environmental changes and energetic shifts that affect your environment and your psyche.

As we have indicated in the past, there are seasons to the universe and creation. The emergence of a new age of consciousness is a normal, predictable and appropriate step in the gestation process of the creation becoming the creator. Take advantage and utilize these energetic shifts that are occurring to propel you towards your own individual attainment in consciousness.

There have been some curious discussions recently regarding a reorientation of the astrological signs within your yearly calendar.

Some question, if for all your life you believed your were this sign and now you are that sign, do you change? In reality, you have always been moving with the universal shifts and have shifted into that new astrological house—but failed to notice. When you are on a journey all things are in movement, and you and the universe are traveling through a sea of consciousness. Once you realize that you have always been shifting energetically, you can better understand that as you approach this new age of awareness you have been progressively moving into that consciousness.

Anyone unwilling to let go and move with this shifting environment would see their world as chaotic, unstable or faltering. To those who allow themselves to move with the motion of the universe will find their pathways smooth and their journey easy. As we have stated, all the universe is in motion. All consciousness is in movement for the one sole purpose of returning to the origins of its creation where the creation returns to the creator and all are one.

There will be many more indications of change to come beyond these astrological shifts.

There is comfort in the realization that you are riding in the ship of consciousness toward an ultimate destination. The universe is returning to God and, by the very fact that you are in the universe, the same is occurring with you. When humanity became humanity, when the souls of light and the beings of the universe infused themselves into physical form, they were aware and understood that if they would assist each other through this process and travel the seas of consciousness willingly, they would all return from whence they came.

The human consciousness is a necessary component on this journey of reunion and the catalyst for it. If creation is to return to the creator, it must be conscious. You are seeds in the fertile ground of creation awaiting the blossoms of consciousness and the fruit of divinity. As the dawn of divinity rises over the “eastern sky” of creation, its warmth and glow awakens the seed of your soul within the rich soil of physicality to spring forth.

Humanity in all its forms, throughout all the universes, is that expression of the physical awakening of consciousness within creation.

There are many sentient species throughout the universe. There are a myriad number of God-conscious beings who are born from the soil of their part of the universe but all express the only mind that ever existed or ever will. We are the One Mind and the One Thought. There are worlds that you cannot imagine and forms beyond your comprehension. We speak to you from a hundred thousand light years away and from within your own soul. The reality that the universe and all of its inhabitants are becoming the physical expression of the one who created it is a beautiful journey.

We do not have the words to fully explain or describe what is occurring. But rest with ease and do your tasks well upon the ship that you sail across the seas of consciousness for the destination is within sight and the harbor of a new reality awaits you just over the horizon.