At the beginning of this cycle of time, long ago, the Great Spirit came down and He made an appearance and gathered the peoples of this earth together “they say on an island which is now beneath the water” and He said to the human beings, “I’m going to send you to four directions and over time, I’m going to change you to four colors, but I’m going to give you some teachings and you will call these the Original Teachings and when you come back together with each other you will share these so that you can live and have peace on earth, and a great civilization will come about.”
– Lee Brown at the 1986 Continental Indigenous Council, Tanana Valley, Fairbanks, Alaska.

There are four directions that define the center. For there to be a center there must be positions that define it. If there is an east there must be a west. If there is a north, there is a south, a left, a right, an up, a down. Do you understand? And what does that orientation offer? These elements orient you to know your position in the universe. In order to determine where you are you need points of reference.

The error is that individuals identify themselves with one or the other of the races. Wherein truth, each race is an aspect of yourself.

Race exists for the pleasure of spirit to see yourself more clearly. What has occurred is that the negative ego consciousness has so over-identified with its own race that it has failed to recognize the full expression of humanity in physical form which can only be comprehended when one embraces all races as an expression of humanity. It is only then that one can have a point of orientation for their existence in physical form.

The races are representation of the four energies of creation and are born from it: earth, wind, fire and air.

Your race, or combination thereof, in this lifetime are choices you made for specific learning, to understand more clearly and participate in the energies of the earth.

There has been a struggle upon this planet to unite the races. A point for you to ponder is what is the commonality, what is commonality between the primal elements of water, wind, fire and earth, what do they possess in common? What are their differentiations? In this you will find your answer to racial harmony. The key lies in what do those four elementals mean to the whole.

The four races are like light passing through a prism, different but all from the same source, and the source would not be the same without them. 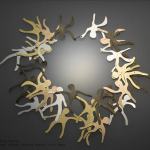 We share this to trigger your mind to look at the greater picture of the human species upon the planet and what they represent. The air, the fire, the water, and the earth, the ancient tribes of humanity. These four elemental races exist throughout the universe.

The gods that brought consciousness to this planet were not divided, nor should you be for you are one in the same.

Your spirit is the prism, the universal energy is the light, and your world is the colors that humanity is cast from.

When you see differences, rejoice and embrace them for they are an unexpected part of yourself that has revealed itself to you.

Dear ones, if humanity cannot deal with its brothers and sisters that it can see, how can it deal with its those that it can’t see. There is a day coming when black or red, yellow or white will be an infinitesimal in comparison to the differences within the universe.

In the higher dimensions, all is at peace, there is no war. The universe in its totality, there is always, peace, harmony and balance.