Individuality is deeply ingrained within the psyche of humanity. Though desperately held onto by humanity under the illusion that it creates a sense of safety, security, empowerment and freedom–individuality, in reality, is a prison.

At the very heart of negativity is the concept of separation. The horizons of one’s consciousness is in direct proportion with that which they perceive themselves part of or one with. A sense of belonging is very important for the human emotion. When an individual is in a meaningful relationship, be it in a marital, parental, or societal interaction, they feel more than themselves. There has been in the recent past a thrust within spiritual or religious circles to emphasize the oneness, the unity, with one another.

Even scripture speaks of the body of Christ, that unsung, “mystical” level. Humanity is entwined and inseparable from each other. In the pursuit of the creation of community, the very process ironically creates fertile ground for prejudice, judgment and separation. More damaging to the awareness of the oneness of All That Is than “I” and “they” is “we” and “they”, the collective consciousness of separation.

The double-edged sword of creating community is that there are those within the identified community and those without.

The result being further separation. Examples of this collective communal structure is countries, religions and socio-economic classes. The error in the attempt to create an awareness and connection with the oneness of All That Is, is that the individual is seeking to preserve itself, in the truest sense “likes attract likes.” For example, individuals of a certain socio-economic class, education or belief system congregate together, unwittingly reinforcing their self identification rather than expanding who they are. They reinforce their individualization by finding homogeneous groups and individuals that deepens isolation.

In one’s quest to expand into a union with All That Is, one must be willing to step outside the box to pursue an integration with that which is unlike one’s self, never forgetting that which is different is in fact equal. No truer words were ever spoken than “love your enemy.” For when you love your enemy you dissolve the separation and therefore dissolve the conflict.

At the very core of the law of the Oneness of All That Is is that which is outside of yourself you are in conflict with. Darkness, evil, negativity, “the devil” are born from that dark area created by you that falls outside the light of your conscious awareness of unity with it. 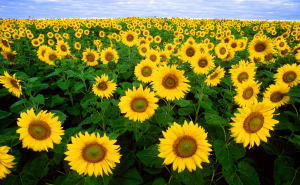 Let us reiterate, that darkness is that which falls beyond the dusk of awareness. Humanity, in its separation from the consciousness of God, has come to believe that that which falls outside of oneself is real, more powerful. and frightening. Look at any conflict, look at the current affairs of the world, look within your own life, where conflict, anxiety and stress reside. In every case, every circumstance and every situation, you will find at the core of the conflict the seed of separation. The world more than ever is looking for answers. Terror is systemic within our very psyche and societies. Individuals are challenged from natural disasters to political philosophies. In each and every case, that conflict resides in the belief that that which is outside you has power. In reality, that which is outside you does not exist. The conflict is not out there, the conflict is within yourself because you are incomplete. The peace you seek is within.

Of course, we have heard that many times. We do our spiritual practices, we read our books, we go to our groups and organizations, all in an attempt to feel connected. As indicated earlier, true community is not to reinforce your individual identity but to expand it. The answer to the dilemma is really quite simple. Everything you hear, everything you see, everything you touch, everything you taste, everything you smell, you are one with. We have been taught to preserve ourselves, inborn within us is the instinct of survival, and that instinct flows over to more than just physical survival, it spills into the emotional, intellectual survival and the ultimate survival–spiritual. That in itself is a fallacy that one cannot survive. Within the physical structure of humanity there are innate instincts to protect its physical life, but when one identifies with the whole Being that one is, there can be no fear of survival.

The key is the further one looks out from themselves, the closer they come to who they are.

We are not speaking here of meditation or intuition, we are speaking of letting go, that you are you as you perceive yourself to be. Reach out like a sponge and absorb all that you encounter. Do not be afraid for that which you integrate into yourself cannot harm you; for darkness, fear and negativity does not reside in oneness.

You have heard it said that one who seeks to save their life loses it. The filter is love, but love is not sitting on your individuality and showering another with good thoughts. Love is becoming one with that individual. One with your world.