As we have stated in an earlier concept, creation is an ongoing, ever-evolving process–ordered in its laws yet unpredictable and ever evolving in its outcome. There are many universes and many alternatives of those universes. We have expressed that both the creation and the creator are equal. That it is an honored state to be that which thrusts thought into existence and just as honorable to be that which exists, joyfully returning to the Source.

An analogy would be a child going off to school, a parent sends its offspring off to school and in the evening the child shares its adventures, talks about what it has learned, struggles, challenges and perhaps gives a picture to the parent. The parent is more complete and whole because of it.

The process of creation is thought made manifest and as a result that manifestation enlightens the Source.

Both the creator and the creation are teacher to each other and interdependent. Both are in dominion of their realms. Both learn and teach and thus is the dynamic energy of creation.

Humanity, as an expression of that consciousness in physical form, is in dominion of its creation and free to choose. Therefore, humanity has the opportunity to create situations and circumstances that are not in the mind of the one who created it. The source is, indeed, all potentiality, all possibilities; yet, in a realm not understood by humankind is an existence where only love and its children exist. That is why fear, doubt, anger, suffering, pain and all of its cousins are but an illusion. That which falls outside the mind of the creator is that which does not fully accept the light and the love from which it was born.

It is from this lack of creation that the void is created and that which is negative must return.

In the light of the concept we have shared, you might more fully understand how something, some thought, some action can fall outside the mind of God. Humanity, in its forgetting, in its arrogance, in its lack of self-discipline, has stirred that sea of negativity. It has touched their toes upon the waters of a raging sea. 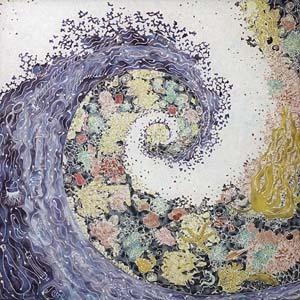 The wonderment, though as stated, is that creation is an ever-spiraling cycle of understanding, experience, growth and learning. In the age upon you, humanity is gathering that which it has experienced and like a child returning from school brings its knowledge, perhaps gifts, and cuts and scratches to be healed back to its parent. And in that process of return, humanity must once again embrace and behold that which lies in the mind of God. Negativity, negative ego consciousness must be left behind and returned to that which cannot be created.

It is difficult to understand when one experiences pain, anger and fear to realize that it does not exist.

Those things and those like unto it are like a bad dream that humanity is awakening from. And like a child, fearful of monsters beneath its bed or awakening from a nightmare, runs to its parents to be protected and nurtured. So it is with humanity, as it returns now to the Source. Consciously, willingly go through that which you have accumulated in your life and determine that which you will discard and return.

The tribulation, which is spoken of in your holy writings, is in direct proportion to one’s resistance to that which cannot return to the mind of God.

Be open, be surrendering, be willing and accepting of the journey in consciousness which you are undertaking, again returning to the parent of creation with your gifts of experiences and awareness to make you both whole. There is a loving Consciousness of All That Is that holds its arms out for you, that upon your arrival kisses your mind, embraces your heart and heals your wounds from a busy day on planet Earth.