Humanity has the opportunity to look at its creations that deplete the environment, threaten the environment, or simply ignore the effects of the world industrial complex on the eco-structure.

As we’ve discussed in the past, the true understanding of the “tribulation” is not when humanity rebels against itself—but the earth rebels against humanity.

Just as in your own lives, you must take responsibility for your own creations—and transform and transmute them into the higher good, humanity must take responsibility for its creations and their impact upon the planet. Some of the recent man-made disasters are a precursor to greater changes in the environment and an opportunity for humanity to re-evaluate the impact and consequences of its behaviors upon the planet before these planetary shifts occur. The failure to learn would ultimately be calamitous; for, when the “real” disasters occur, society’s infrastructure will be far more vulnerable to the earth’s changes and shifts.

The greater disaster in Japan is the nuclear devastation that is, and will, occur. The earthquake and tsunami, in and of itself, would be disaster enough, but long after the hearts have healed, the economy has recovered and the debris has been carried away, the effects of this event will still be present.

What has, or is, humanity learning from these man-made disasters such the Gulf oil spill, Three Mile Island, Chernobyl and the like? In the Gulf, they are concerned about the devastation to the economy and the visible environmental impact—but there is a far worse “cancer” growing slowly and unseen. The waters are poisoned by humanity’s lack of consideration for the environment, and that neglect eats away at the very infrastructure of the planet. Humanity is quick to talk about the infrastructure of its societies, but the planet has an inner structure of inter-dependence that assures the security of all upon the planet.

The earth has always been and always will be in shift. 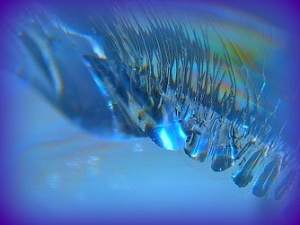 Perhaps these shifts can seem catastrophic and destructive to the planet and its inhabitants; yet, the earth never takes an action that is not for the overall benefit and well-being of those that it cares for. Even the continents and the creatures of this planet are transitory. Each taking their “fifteen minutes” upon the planet to offer their unique expression of the consciousness of All That Is in physical form.

The tragedy is humanity’s lack of consideration for the Earth as evidenced by their destructive and potentially dangerous behaviors that jeopardize the planet’s continual evolutionary process. Be it oil rigs in the Gulf or nuclear reactors upon geological faults, when the earth experiences these normal and natural shifting processes, the scars left will directly impact the ability of the planet’s inhabitants to return to a state of normalcy.

The planet has endured these insults and sought to sustain the children it cares for, but the continued self-destructive efforts by humanity weighs down the earth’s ability to provide sustenance and life to her children. Humanity has negatively impacted this planet in more ways than we wish to discuss at this point. But be it from carbon emissions, to nuclear reactors, to the very fact that the water you drink is no longer potable from the rivers, streams and lakes that have been provided to sustain you.

It has often been spoken of a critical mass in consciousness and how that will shift humanity’s awareness—and that will occur. The earth also has a critical mass in consciousness—and when that is reached, the earth must cleans itself in order to survive. When creatures, including humanity, are in harmony and balance with the ever-evolving nature of the planet, there are smooth and gentle transitions.

The earth is shifting, and that is in divine order. Trust that every shift and evolutionary phase upon the planet is a step closer to paradise.

There is a belief in your society that without nuclear reactors, carbon emissions or oil rigs in the Gulf, there cannot be the conveniences that much of humanity has become accustomed. Nothing is further from the truth. For when one is in harmony and in balance in its environment, everything that is needed is provided without detriment to the planet or its inhabitants.

The Industrial Age’s use of coal, petroleum, and nuclear energy was an acceptable step in the process of humanity evolving into the awareness of unlimited, green energy sources. What has occurred is that this development has been halted due to the greed and unwillingness of those who have the power and those who use the conveniences they offer to take the next step.

Don’t be scared. Be responsible and conscious of the choices you make. A moment of love directed to the physical plane of existence in which you dwell outweighs many bad decisions directed towards it. 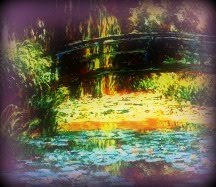 We certainly understand that those who read this concept have heard it all before. The earth is a gentle mother who seeks to guide her children into the paradise she can be. Do you think that paradise has carbon emissions in the atmosphere? Do you think there are oil rigs in the Gulf or nuclear reactors? Yet, do you not believe that the inhabitants of this paradise live in ease and peace? Their needs amply met and their lives non-laborious?

Paradise is not out there, it is right here seeking to be discovered and possessed. Humanity must move through this age of greed, control, and exploitation in order to arrive at its ultimate destiny.

The time we speak of is not yet, but it is soon coming. So our loving, caring advice to you, the children of this planet, is to pay attention to the lessons that are being offered so that as you move through the earth changes, you might be water on a still lake rather than waves down a rapids.

This concept is not intended to create fear or confusion but is offered from the perspective of an older sibling seeking to teach the lessons they have already learned. We assure you, there are many worlds and all have experienced the same challenges in different manners to the ones you are experiencing now.

This is the prelude to paradise. Paradise will exist upon your planet but at what price? The choice is yours.