Chicken or the Egg

Chicken or the Egg

As we have stated, Consciousness, God, Divinity, must of itself have a source, the potentiality of all things. It must have a place from which to manifest and a place in which to observe. What has occurred in the separation of consciousness, is the point of observation is seen as separate from both the source and its manifestation. What has occurred is what is observed is seen as the source and therefore creating a point of consciousness–that is “out there”. What you would call point of observation, the One Thought, is the ability to comprehend what one creates. Is it not true that often times one sees oneself separate from their own soul and apart from the concept of divinity.

So how does one develop a point of observation born of the One Mind and expressed through the One Soul? And what does that look like?

We have spoken that when one removes the filters, the perfect Inner Awareness is expressed as the Perfect Awareness. When one does not see themselves as separate there are no filters, only comprehension. When one comprehends something, it means that they are enveloped in total understanding of something. Think of the difference between observing something and comprehending something. What we want you to do is stop observing and comprehend. We want you to reach out into your point of observation, to grasp All That Is and pull it into you. Reach out and grasp its total manifestation and creation and pull it into you, When one does that they can hear the flowers sing, they know what the petal, or the oak feels.

When one comprehends and is enveloped in the One Mind all things are possible. 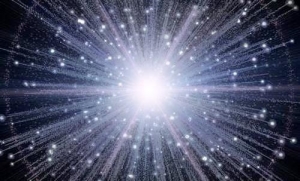 When one comprehends consciousness, they are enveloped in the three aspects of Divinity, the One Mind, the One Thought and the One Soul and All That Is is available. All That Is does not exist in one’s reality until they have comprehended the aspects of consciousness. Therefore, it is foolhardy to perceive cause and effect, or the chicken or the egg, they had to occur simultaneously. For without the projection there could not be the manifestation and without the manifestation there could not be the projection. God, Divinity, the Source, the Creator had to exist.

For there to be nothing, there would need to be an observer and a consciousness defending its lack of existence.

If there was a beginning of Consciousness there must be end to Consciousness, someone would have found the boundary.

If you cannot escape yourself, you cannot escape consciousness. There is no place you can go in all the universes and find an end to your awareness. God is the sum total of all potentiality comprehended in its manifestation. It is vital. It is living. It is a sum total, never to be detracted from or added to but ever evolving. The universe is infinite because you comprehend it exists. If you had the visual acuity to see a hundred billion light years and then you are able to see two hundred billion light years–if you comprehend it, it exists.

The universe is a big as you make it. There can be no boundaries to Consciousness.

There are no boundaries to the concept of eternity and infinity. The Big Bang was simply when Consciousness of All That Is burst forth into this third dimensional plane of existence creating the unique expression of time and space, the eternal mind, the One Mind and the One Thought. Be it known to you that there are keys in time and space that are doorways into the One Mind and the One Thought. They are fluid, they are illusory and they are simply a mechanism of expression of the aspects of God. Every dimension reflects in its own unique way those three elemental aspects of consciousness of God are expressed.