In the recent past and even currently there have been numerous earthquakes and volcanoes. Now let us be clear that we are neither indicating that they are extraordinary events nor are we predicting some catastrophic occurrence, rather we are saying to be sensitive to the shifts of the planet. There are numerous stories of animals that respond prior to some catastrophic event. Animals run to the hills before a tsunami or react to an upcoming earthquake. Humanity also has that sensory perception but fails to recognize it or utilize it.

It is important to identify that sensory perception’s impact on the human psyche.

If listened to it is an innate signal that provides an alarm and protection. It allows you to be sensitive to and participatory in the environmental circumstances in which you dwell. Secondly, when not listened to or responded to it becomes a nagging voice in the background of your mind that something is not right, that you are not responding, you become anxious and hyper-vigilant.

More than you might expect, humanity is affected by these shifts and changes on a planetary level. If one was observant they could see social, economic trends affected by these environmental shifts. Human consciousness gathers around many of these volatile points on the planet, both as a catalyst and as a soothing energy to pacify the planet’s shifts. The message here is to become one with the planet, to be sensitive and responsive, to surrender oneself to the environmental shifts and changes and, therefore, be in dominion with one’s world, participatory with nature rather than in opposition to it.

Humanity in its arrogance does not listen to the planet that will always advise and, as a result, when catastrophe occurs humanity becomes angry, shocked, blaming an insensitive, unrelenting God. Where all along it has been within humanity’s consciousness to hear the voice of nature, to hear the voice of God guiding, protecting, advising humanity on how to participate, how to dwell in paradise.

Paradise is not stagnant. It is in motion and moving, and so is your planet.

The earth changes that have been predicted are not some event caused by human consciousness. It is not some event that is to punish humanity for its ways, it is the natural, environmental process occurring on this planet, and you are given the wisdom, understanding, guidance and direction to make peaceful transitions as the earth shifts, changes and grows. Nature always does that which is best for the planet; it is humanity that builds cities below sea level, too close to the ocean, and on seismic faults.

Now does humanity participate in creating environmental shifts? Indeed, they exacerbate and distort the natural, evolutionary processes. Seas will rise, ice ages will form, volcanoes will erupt but humanity’s total disregard for the planet and its resources exaggerates and, in some instances, is a catalyst for shifts to occur before their time.

As participants in this planet, there are natural evolutionary shifts and there are those that the impetus is created by humanity’s lack of understanding, respect and participation in the planetary ecosystem.

Humanity has wielded the sword of dominance rather the wisdom of dominion.

You are stewards of this planet, not masters of it. You have the responsibility and the obligation by your willingness to be incarnated, to merge the Consciousness of God with its creation, and that merging cannot happen when human consciousness and creation is in opposition. Earth changes that are pending are humanity’s opportunity to learn, to flow with the creative force of the universe. Humanity is the only species upon this planet that in its arrogance will defy nature. There is a fear in the negative ego consciousness that to surrender to the nature of the species is to become vulnerable. To truly be the creative God beings in physical form, humanity must comply, participate and accept their physical nature. You cannot have balance and conscious merging without both respect for the divine force within you and the total and complete expression that you are. Humanity would like to forget it is an animal—yes, you are. And in the divine wisdom of the consciousness of All That Is, it is simply a choice of physical expression, the one most adept to respond to the consciousness of All That Is. 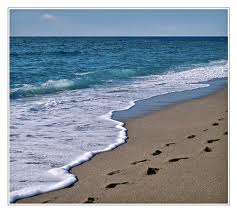 The reasons that the upcoming earth changes are synchronized to the consciousness of humanity is because the earth changes are going to force humanity to disregard the constructs of the negative ego and to assume the dominion that is rightfully theirs by surrendering into the physical form which they are.

This awakening is the convergence of three events: one, planetary shifts; two, the emergence of a higher energy in the physical plane of existence; and three, the direct intervention of the universe to assist humanity to awaken to the truth of their beings.

As we conclude, when you feel the earth move beneath your feet, remind yourself that you are a vibrant, fluid part of creation. Creation and the natural processes of evolution cannot be chained, cannot be bridled. Do not, we repeat, do not seek to repeat the same mistakes that those of Atlantis made for when you fight nature, you cannot win, for nature and the creative processes of the universe are empowered by the very being of Consciousness and those who are in opposition will fall by the wayside.

Nothing, nothing in the physical plane of existence is permanent and lasting.

Even the human species will disappear from the physical plane of existence by the natural evolutionary process. Someday this planet will be a speck of ash and the universe will shift, yet all of that is just the process of the evolution of the consciousness of God in physical form. You have nothing to fear because you are the consciousness that created it and that is eternal and infinite.