This question has haunted humanity since the beginning of time. It is certainly understood that physical existence is littered with the possibility and potential for calamity and tragedy. When a catastrophe strikes, an accident maims or kills, a natural disaster takes the lives of many, one questions if it was the “luck of the draw” or was there a purposeful and intentional focus toward these victims and locales. God has often been blamed for calamity and accused of singling out individuals or cities for destruction. A child born with a handicap is often seen as God’s will, or a young mother dying of cancer as some divine plan. Perhaps these statements, rather than offering an explanation or comfort, give an excuse to hide behind for what cannot be rationally explained.

There is some history to this belief that God wields the gavel of judgment against the world and its people. Be it Sodom and Gomorrah or the promise of death and destruction at the end of time, the Almighty has been seen a rather merciless monarch battering his subjects into compliance by threats of physical tribulation. The belief system even goes as far as to state that the good will be saved and the wicked punished. So when a tornado rips through a town and indiscriminately destroys, maims and kills those in its path, or the kindest, most loving person that you know in your life becomes seriously ill—this theory quickly fails to hold water.

So when you encounter a crisis or challenge in your life, is it by chance or by fate?

Could you have avoided it if you had been better or quicker? Perhaps smarter or more aware? Or was it, as some would say, their time? Or is that just another excuse?

We are well aware that everyone who is reading this concept has experienced tragedy in their lives and has encountered those times when they felt life was unfair. Are you a pawn or a prince on the chessboard of life on which you play? Is there a greater hand that places you in harm’s way or scoots you aside for another day to die? Perhaps that sounds a little fatalistic but many live within that belief system.

How could a caring, loving God mutilate a community and literally tear apart its inhabitants? It seems that there is no mercy here and, certainly, no sense of judgment; for, as fact would have it, the supposed good or evil are equally susceptible to the physical plane’s whims and fancies.

Physical destruction and chaos have been the measuring stick for humanity’s compliance to spiritual laws since the earliest religious writings. We would dare bet that each of you reading this has either consciously or subconsciously questioned if the seemingly increased devastation and destruction over the last months by these natural events is some sign from God.

To answer the question of chance or fate is to understand that it becomes a matter of choice.

“What!” you might say, one chooses to drown in the flooding Mississippi or flung onto a hillside miles from home by a violent storm? A mother would choose to leave her young child? A father put his family through a long and expensive illness? That is not what we are saying.

What we are saying is twofold: first, that consciousness can draw you into the epicenter of natural disasters; secondly, you always have the choice to participate in what is occurring. What we mean is that if you live in an area where there are hurricanes, earthquakes, tornados, you will experience hurricanes, earthquakes and tornadoes. To the degree that they directly affect you is a choice of your consciousness. No one is called to leave the physical plane of existence against their will. It is always a choice.

Humanity, through technology, has sought to replace what humanity has lost intuitively—and that is to be one with nature. 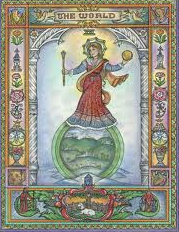 Doppler radar and sirens have replaced the intuitive aspects of the human psyche to nature’s movements. The creative force of the universe never puts you in harms way without a way out. Does that mean those who are maimed or killed in a natural disaster were either not paying attention or could not find the exit from their situation—no—and it is not yours to know the choices of another individual, but to reassure yourself that nothing occurred that they were not in agreement with.

Does humanity’s consciousness create chaos and affect the physical plane of existence? Indeed. Can you fall victim and be vulnerable to its creations? Perhaps. Your place of safety in these shifts in consciousness and physical expressions of adjustments is to be consciously aware and physically in tune to your environment.

Are the events of the last months and the increase in nature’s wrath an indicator of the end of the world or some sign in the shift in consciousness? The answer is no. You live in a dynamic, ever-changing world, and nature wields the energy of creation, at times with an indiscriminate hand.