The Anatomy of a Reality

The Anatomy of a Reality

It has been spoken of that there are infinite aspects of yourself, a myriad of realities simultaneously occurring at any moment of time. It is only the ego consciousness that determines which reality you experience. If your reality was like a chessboard, each of the squares would be a reality of yourself but you reside only in one square at a time.

Multiple realities, alternate realities, previous and future existence, their possibility becomes confounding to the finite mind of humanity. One often feels it is difficult enough to take charge of one life without all these renegade and unknown aspects of oneself gallivanting through time and space.

The immenseness of your being and its multiple expressions is beyond any consciousness awareness that you are able to comprehend in physical form yet there is a doorway, there is a portal of passage that allows you to choose the reality in which you desire to dwell.

Now, in the truth of it, whatever is manifesting in your present reality is obviously what you have chosen.

Yet sometimes we do not choose as well as we might be due to misinformation, lack of understanding or even conscious deception that that is what we desire.

A better imagery to explain realities would first to draw a circle on a sheet of paper with a center point and that center point is your consciousness. Now three-dimesionalize that into a sphere with the center of the circle remaining as an indicator of your conscious awareness. That center point of awareness, of your own personal identity, the sentient aspect of yourself is the only point in all creation that is directly connected to all realities of your existence. There is no degree of separation there, only conscious focus that determines what reality you experience.

When one immerses themselves into the eternal I AM of their beings, removing outside distractions and internal thoughts they move into that place of simple self awareness, it is in that experience that one is re-empowered to the infinite possibilities of one’s choices. What holds one attached to any particular reality is the thoughts and emotions, cause and effect upon their very existence. But thought is greater than any of these and the presence of being is in dominion over them all.

There is a pristine point at the center of one’s consciousness where they are unaffected by anything they experience. 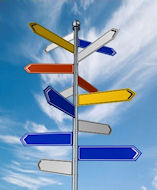 Yes, the wisdom of those experiences resides there but one is totally free to choose. Some call it sanctuary, others perhaps the soul, but there is a common point of awareness, a common point of self-identity that binds all aspects of yourself together.

Therefore, the creative force of power is in that singular moment of self-awareness and acceptance. Even the creation of your universe was an expression of that single thought. Could it be that what the universe experienced in physical form was simply the last time you stilled your consciousness into that point of self-awareness?

Sometimes the most minute of points are the most powerful, just as the tiny atom holds tremendous power. Seek, explore that center point of your being, look for it, sense what it feels like and just as the universe was created by a single flash of light, when you reach that point within yourself a new reality will ripple out across your existence and you will recreate yourself into the image and the likeness of your desires.

We will speak to you of this again but for now we simply wish to let you know or remind you that you have the access to the infinite possibilities and potential of existence. This is not just some philosophical statement or pretty words to give you hope, it is a promise of the potential of who you are and where you dwell and in that truth all is well in your world for even your brother declared, “Be not afraid for I have conquered the world.”