Just as the waxing and waning cycles of the moon affect the energetic inclinations of the inhabitants of the planet, so does the energetic cycles of life and the seasons across its hemispheres. The greater the amount of light, the more conducive the time is for growth and expansion. Even the animals mate in anticipation of birth during this time of growth so that their offspring will be born in the ever-increasing light and warmth of Spring.

You would find it enlightening to note that even human activities, such as productivity, expansion of programs and businesses, innovation and growth, mimic this natural pattern. Yes, modern society has been able to modify the effect of the natural cycle of the seasons, fending off the cold, and lighting the night. But still on a deep physiological and energetic level, humanity is still affected by and susceptible to these ebbs and flows of light and temperature. Not that human activities are determined by the seasons but if you live in a physical world, why wouldn’t the tendency to create be affected by this cyclical pattern of physical existence?

Throughout history there have been those who have read the stars and divination, observed nature’s ebbs and flows to predict the outcomes of human behavior and appropriate courses of actions to take. Indeed, some in their enthusiasm and misunderstanding have failed to interpret the signs correctly, often turning this sacred science into magical distortions and creating the illusion of mystery.

The reality is all of creation works in harmony and balance with itself, in assistance to itself.

The birds of the air know when to fly south for the winter or animals to travel to higher elevations in preparation for a tsunami. Why wouldn’t humanity have the same intuitive ability to read and understand the indicators and signs that nature is offering. We are not suggesting to go off and read tea leaves or the stripe on the back of a caterpillar to determine the winter, but we are suggesting that humanity reevaluate and take a new look at how to read the signs being offered.

There is power to be found in the understanding and utilization of the natural cycles of creation to assist humanity in achieving its goals and desires. 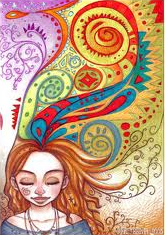 This reality is not limiting but rather freeing. The obstinate might demand, “I wish to plant in the winter or harvest after the first frost.” Of course, their endeavors would find failure. We find it curious that humanity is forever seeking to ignore their physicality and accept that they are but a species upon this planet and born from the very earth on which they stand. It is only stubbornness and ignorance that promotes this endeavor.

When you, the consciousness of All That Is, emerged into physical existence, it was to participate fully in the cycles of life and acknowledge all aspects of nature as sacred. Yes, you are the eternal beings, infinite and non-ending. You are the breadth and depth of All That Is; yet, in coming into physical existence, which by the way is your creation, you bless that which you have created by your full participation in the physical experience. There is and there has never been anything created by the mind of All That Is that is not necessary and in balance for creating the most optimal opportunity for that mind to be expressed in creation.

Lest one be in error, the coming of the new age is not an escape from the physical plane of existence, for the rising of consciousness by its very nature must inspire a more intimate relationship with the physical expression of creation. In the coming age, humanity will experience a greater understanding, participation, and harmony with the planet and the universe in which it dwells. The planet is not your prison. It has only become such by the misinterpretation and misrepresentation of the meaning of existence. Indeed, there will be a new heaven and a new earth and it comes about by the intelligent, informed participation of the inhabitants of the universe.

So don’t seek to escape. Do not see spiritual attainment as a removal from the physical plane of existence.

Why would the One Mind of All That Is create something that is not beneficial for its children? The physical plane of existence expands who you are, it mirrors the infiniteness and eternalness of your spiritual beings. The earth is the cradle of your consciousness. You only feel encumbered when you fail to remember that your consciousness is a participant in creation, and your existence supersedes any physical boundaries.

The coming age, humanity’s new season of consciousness, will bring greater comprehension and understanding of your spiritual origins and divine purpose for physical creation as an expression and an expansion of yourself. For the birds of the air will again feed you, and you will walk in harmony and balance with all things.

Paradise had not been lost. It was just that the one seeking it had forgotten how to find it.

All of the countless centuries of human growth, expansion, and discovery have been for the sole purpose of finding where they left paradise—for paradise and physical creation, in all of its majesty, beauty and mystery, is the fingerprint of God upon the conscious mind of creation.