The relationship is symbiotic rather than cause and effect. We are sure many who read these words are questioning, “Why the relationship?”. It is best answered by first stating that all heavenly bodies, through gravitational pull, have an effect not only on their neighbors but even the most distant galaxy to some degree. Do not think that the universe’s immenseness minimizes its sensitivity. If you were able to comprehend the greater alignments of the galaxies, the influence would be evident.

Your astrology is based upon one small fraction of the overall effect felt by your planet.

Don’t let distance fool you into thinking that distant stars have little effect. In universal measurement, the North Star would be a nearby neighbor. If you question the effects of gravitational influence on the human psyche, just ask a hospital or police department if they notice any changes in human behavior around the full moon—thus the origins of the word “lunatic.” 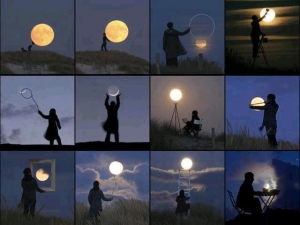 Now if you are willing to accept that there is an influence on humanity by the universe, the next question may be why its influence is a progressive evolution in consciousness. As the universe ages, it is becoming more ordered, it takes on optimum alignments and less ambient influences exist. That is the “what” of the question while the “why” is that the universe is returning to the source of its creation—it is becoming an expression of the consciousness that created it.

The universe is neither in a state of stasis nor complete, just ask any astronomer. Therefore, the clockworks of the universe do not only keep time for you but for itself—for you both await the awakening of your consciousness.