Consciousness is much like a website hub on the internet with the individual expressions being the outposts connected to the center point of awareness. Humanity often feels less than full participants in the spiritual realms, or worse yet, they see us of the realms as greater than themselves—nothing can be further from the truth.

Just as two individuals choosing different paths does not create inequality, one sibling choosing to go back to school does not mean they are less than the other. In fact, we of the realms hold you in the highest esteem for your willingness to be participants in the physical plane of existence. Without you, the consciousness of creation’s return to the source would cease to exist.

Humanity has been falsely instructed, often through religious institutions, to strive to throw off the vestures of the physical plane of existence.

And that attainment is to overcome and expand beyond their physicality. Creation is equal in all dimensional expressions of consciousness. The flower does not forget its roots or the mighty oak the simple acorn that was the source of its existence. There is nothing in all creation that is to be escaped.

Now there are things created by the negative ego consciousness of humanity that need to be forgotten and returned to nothingness, but creation in all of its purity, in its essence, is divine. To deny the physical plane of existence as part of the eternal whole of your being would be to deny or amputate an aspect of your physical self. Each part of your physical body has a purpose and an expression—so it is with consciousness. Every aspect of existence, be it etheric or physical, is a necessary part of the total expression of divinity.

The Source, the creator, God, as some choose to call this consciousness, did not only create physicality, it is physicality.

Beyond the comprehension of humanity’s ability to understand at this time is that the creator and the creation are equal, necessary for both to exist and simultaneously expressed. 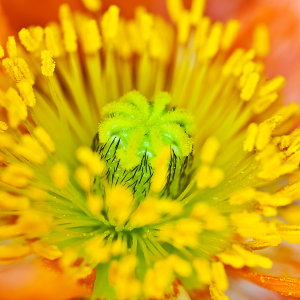 Indeed, the Source, Consciousness, is the seed of all existence; yet, within that consciousness creation already existed. It is rather like the chicken and the egg, when one finally comprehends the concept of creation and the creator, one will discover the answer to that riddle.

In a universe based upon cause and effect, it would be logical that the creator would be seen as primary and the creation secondary and vulnerable to its creator. If that were true, what was created could be un-created and that is impossible in consciousness. Indeed, you can change your thoughts, you can change your reality but you cannot change creation and its participation in consciousness. To deny physicality is to deny the blossom on a plant or the fruit of the tree. The consciousness of creation is the simultaneous expression of beingness and physicality expressed in existence.

Though at times, seen through hardship and struggles, challenges and fears, you are the transformative force of physical creation into the expression of divine consciousness.

This is paradise. Don’t cringe. For the seed does not look like the flower, but within that seed is the promise of beauty and sweetness, an expression of life and the eternal cycle of beingness. We laugh with you. We celebrate with you, and we are there for you in the days of your life. You are the fulfilled promise. You are the destiny of creation and without you creation would make no sense at all; for, without you creation would not be divine and without creation, you would not be holy.